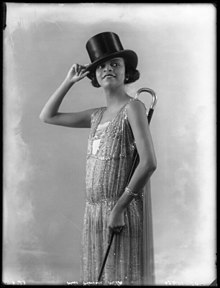 We are here for the briefest of moments. Like shooting stars, we burn bright for a finite amount of time perhaps twenty years, thirty years, two hours, maybe even one hundred years, and then in the blink of the eye, we’re gone.

As an avid student of history, I am fascinated by and marvel at all of the unheard, unknown people who have lived throughout time. More people have come and gone than we can even fathom, their stories lost to the relentless sweep of time or the arbitrary whim of those who keep the records.

As a writer, I am drawn to characters, real and fictional, who readers may not have heard of or imagined gamboling through the world. One of the best things about writing historical fiction is the people I discover as I research my books. Cabaret singer, dancer, and comedian Florence Mills is one of the fascinating women I came across in 2013 as I began to conjure the world of the Harlow Ophelia Jackson mystery series. Charmed by the fetching Washington DC native’s renaissance career which parallels my main character’s, I promptly made her one of Harlow’s ride-or-die besties.

Born Florence Winfrey on January 25, 1896, Florence, also known as the Queen of Happiness, is one of Harlow Ophelia’s dearest friends in the series. They met in 1921, during cutthroat auditions for Eubie Blake and Noble Sissle’s Shuffle Along. Harlow lands in the chorus but as in real life, Florence makes it into the main cast along with the likes of Paul Robeson and Josephine Baker (Baker was too young for the original production but was a part of the original touring company).

Florence appears in the second book in the series Speaking of War which takes place in 1927. She is largely “offstage” because historically she was touring Europe at the time, but we get a lot of her amazing history through fond reminiscences by Harlow and BB Smith, as well as from newspapers like the New York Amsterdam News and the Inter-State Tattler which breathlessly followed her career in the U.S. and across the pond.It was a life and a career that burned bright like that proverbial shooting star. A child star who performed the vaudeville circuit with her sisters (The Mills Sisters) and other groups such as the Panama Four and the Tennessee Ten, Florence was known for her delicate voice, an arresting stage presence, and a gamine appeal.

After decades in vaudeville, Shuffle Along’s groundbreaking, box office smashing run made her a star. The daughter of former slaves was suddenly in great demand in and out of the Theater Owners Booking Association (TOBA). Lew Leslie, a white promoter, was one of the people beyond the Negro circuit who sought Florence out. He hired her and her husband Ulysses slow kid Thompson to appear at the segregated Plantation Club. The nightly revue featured a wide range of black artists, including special guests like her old friend Paul Robeson. After a Broadway run, the Plantation Revue headed to Europe in 1922. She performed in English theatrical promoter Charles B. Cochran’s Dover Street to Dixie revue at the London Pavilion. Met with wide acclaim, after England and Paris, Florence returned to New York where in 1924 she headlined the Palace Theater—the most coveted booking in vaudeville. 1926 and Lew Leslie’s Blackbirds brought international fame and a return to the Continent. Among her many fans was the Prince of Wales who is purported to have seen Blackbirds 11 times.

Florence’s light touch, her onstage charm was also felt in her everyday life. She was not only popular with the Brits but with her own people. She was considered a role model because not only did she entertain the masses she was an “ambassador of good will. Featured in respected magazines such as Vogue and Vanity Fair, her signature songs “I’m a Little Blackbird Looking for a Bluebird” and “I’m Cravin’ for that Kind of Love” heard all across the country, Florence was living, breathing, smiling, singing proof that Negroes weren’t the boogeymen that the wider society believed.

From 1922 to 1927 the Queen of Happiness worked continually. No doubt grateful for the opportunities, perhaps fearful of a time when work wasn’t so plentiful, and keenly aware that that time could come again she took what came her way, rarely taking a moments pause. She performed Blackbirds over 300 times in London alone. Sadly, the petite powerhouse’s love of theater and a commitment to the adage “the show must go on” damaged her health. Exhausted, Florence became ill. Major newspapers like the New York Times and the Chicago Defender said complications from appendicitis took the chorine down but others sight tuberculosis. Either way, the pride of Harlem, the pride of her people died on November 1, 1927 in New York City.

Thousands attended her funeral, including famed composer James Weldon Johnson and other stars of the stage, vaudeville, and dance. Singers Ethel Waters and Lottie Gee were among the honorary pallbearers and dignitaries and political figures of both races sent their condolences.

Florence Mills, also known as the Queen of Jazz is credited with fighting for equality, breaking barriers for Negro women in the theater and racial barriers in everyday life. Artists who became exponentially better known like Duke Ellington and Fats Waller wrote songs about her after her death and she even has a building named after her in Sugar Hill, a famous neighborhood in Harlem, yet she is all but forgotten today, rarely remembered outside of theater geeks and African American theater history buffs. But like Aida Overton Walker—another beloved pre-celluloid star—she heavily influenced the style and forbearance of many of the performers who came out of the Harlem Renaissance and beyond. Like the genius of many African American thinkers and performers, Florence Mills was an inverse supernova—a star that suddenly increases greatly in brightness because of a catastrophic explosion that ejects most of its mass. And like starlight, she travels the cosmos in search of believers. 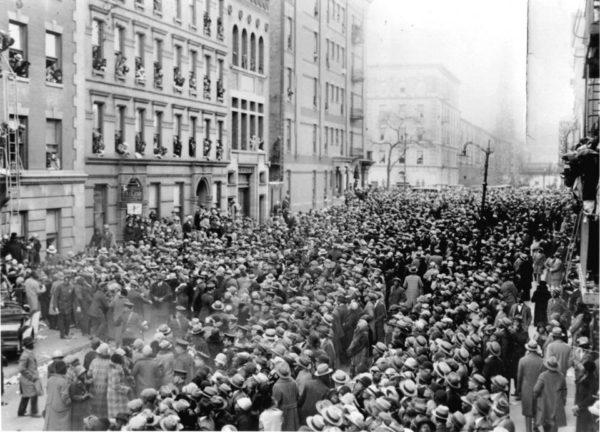