It’s 1926, and you don’t have the green to shoot off to Reno for a not so quickie divorce (It takes at least six weeks or more!) but you still long for freedom. Why not cast your first vote, head over to a Sanger Birth Control Clinic, bob your hair, take up smoking, or buy yourself a Lady Schwinn bicycle to coast around town on?!

What’s this about freedom? Well, although the fight for women’s liberation has been going on from time immemorial and sadly still rages, one of its cherished epochs is August 18, 1920, when the 19th Amendment was ratified, and American women won the right to vote. The vote didn’t change everything of course, but it did, for the first time, empower women’s voices in the public sphere if not the private, giving them a say in how their country was run. What actually helped women’s autonomy in both public and private is war. War?! Yes, war. Because unfortunately, war has often been the engine of both destruction and progress. WWI is no exception. 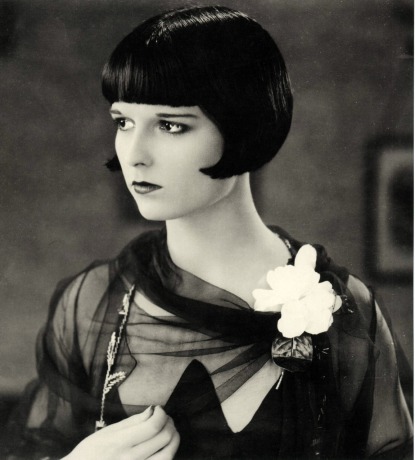 When the US entered the war in 1917, it opened up opportunities for women to join the workforce like never before and join they did, proving in public what they had already known in private: that they were more than capable, intellectually and physically, of taking care of themselves and their families. The sweet taste of freedom that earning one’s own money gives coincided with the advent of modernity. Just as the cotton gin had ushered in a new way of life in the 18th century, women working outside the home in large numbers, the vote, and the automobile heralded a new horizon in the 19th.

Which brings me to the Flapper. In honor of Women’s History Month, I want to talk about Flappers—that most womanly of women and dare I say, the most self-realized of women. Much like the dames of the 1930s and 1940s, no matter how many times men declared it, the Flapper didn’t believe they had to be frumpy to be taken seriously. Seemingly born fully formed from the head of Edwardian sociologist, activist, philosopher Jane Addams and Coco Chanel, the Flapper took the world by storm.

Women chopped their hair, blackened their eyes, and attended petting parties from London to Paris. The term flapper arguably originated in the mountains of Northern England—alternately connoting everything from a teenage girl whose pigtails “flapped” against her back to a woman as a young bird flapping its wings while learning fly, to a young prostitute, before finding its modern definition: an independent, pleasure-loving, free-thinking young woman—but is closely associated with America and women like Zelda Fitzgerald and her fictional counterpart Daisy Buchanan. Which makes sense, because as a very young country which bucked the conventions of the Old World from the get-go, the United States is seen as something of a flapper. So, although one can find Flappers in Mexico and Australia, the Flapper that is most commonly pictured between 1920 and 1929 is a quintessentially American woman. 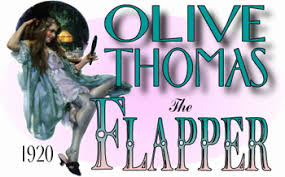 The end of WWI saw the first flapper movie, 1920’s aptly named The Flapper, and Hollywood “It Girl” Clara Bow breathed life into the celluloid idol, making the Flapper three dimensional across the nation and the world. But the Flapper is not only a powder-pale gal-about-town with a jet black pageboy. No, she comes in other hues, different shades of sepia, cocoa, walnut, and roasted coffee and some might argue, I might argue if one goes with the Roaring Twenties definition—and I do—that those women are the original Flappers.

Black Flappers Holding It Down!

Josephine Baker, The Real “It” Girl

As a feminist who writes novels with badass female characters like my Harlow Ophelia, a Harlem shimmy dancer and part-time sleuth (A Harlow Ophelia Jackson Mystery), I have always loved the 1920s and the Flapper, who to me represents freedom, a wry humor, a sharp intellect, and an unerring fashion sense. Fictional Black women like Harlow and real flesh and blood ones like singer, composer and music critic Nora Holt and the Queen of Happiness cabaret singer, dancer, and comedian Florence Mills paid their rent, kissed who they wanted to kiss, edited magazines, and set the standard of beauty and moxie during the roaring twenties. They, along with Black men, invented the soundtrack and the dance steps of the ’20s. Syncopated Rhythm, anyone? And, honestly, what is more American than the American Negro—a new category of person invented by the Atlantic Slave Trade?

Black women, often the precursors of the next fashion trend as well as the next social upheaval, were never truly eligible for the Cult of Womanhood because one, they have never been perceived as “women”, ie. fragile, respectable, deserving of succor or protection, and two… slavery. When the barbaric practice ended, suddenly free but shut out of decent employment and education, Black men and women had to pool their resources. Women were expected, nay, had to participate in the workforce in order for their families to survive. Black women flapped their wings, their hair, and endured the label of prostitute (which was really just code for ownership of one’s own body) in order to not only be taken seriously but to survive.

The Flapper is synonymous with a good time, but the women who donned low-waisted, knee-length frocks, rouged their cheeks, and danced the Charleston and the Black Bottom until they dropped also worked…hard, as maids, secretaries, cooks, and nannies. Women of color, unlike most white women (willing and unwilling), were historically confined to the home until the 1920s. But women of color worked. They craved freedom, the vote, and a good paying job because they understood that it was the only way to save themselves. They eschewed the golden chains of the Cult of Womanhood and worked, got dirty, flapped their wings and flew. 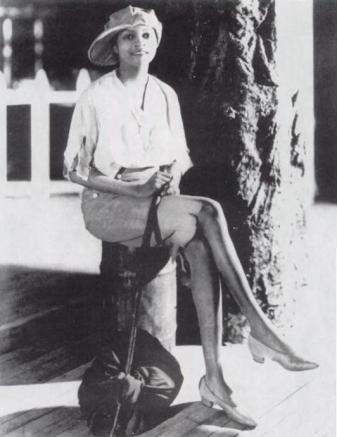 Florence Mills, She invented the Charleston

So, let’s celebrate the Flapper in her many hues and iterations. Though it didn’t happen in her lifetime, and we are still fighting, she is the foretelling of better things to come for women: physical and mental liberation in a beautiful satin dress.

Harlow and David, a couple deeply in love but who, as they solve murders, also struggle with marriage and commitment. END_OF_DOCUMENT_TOKEN_TO_BE_REPLACED